A cup of tea or a coke? British English vs American English

The English language exists in the form of its varieties. When people in other languages learn different synonyms of the same word, in English, we are constantly exposing its two most common variations which are American and British. Even inside these countries they have different dialects; for instance England has 29, and US 27 distinct dialects. Well, Americans and British are clearly speaking the same language but there are 4 main differences between them; vocabulary, spelling, grammar and accent.

British English is considered as a “classical English” and is taught at most schools and universities. At the meantime, we encounter American English in our everyday life. It’s the language of most famous TV talk-shows, animations, series, and of course, Internet.

This is the reason language learners often face to the problem: Which one to learn? To answer this question let’s take a look at the following ones:

As already mentioned, one of the main differences between British and American English is in vocabulary. Check out this list: 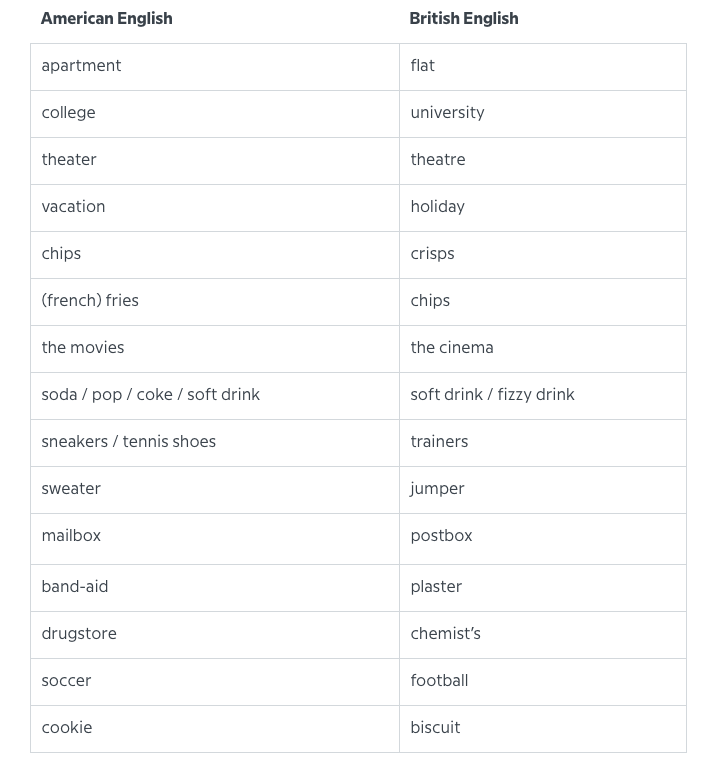 Besides vocabulary, there are some common spelling differences between British and American English. Watch out! 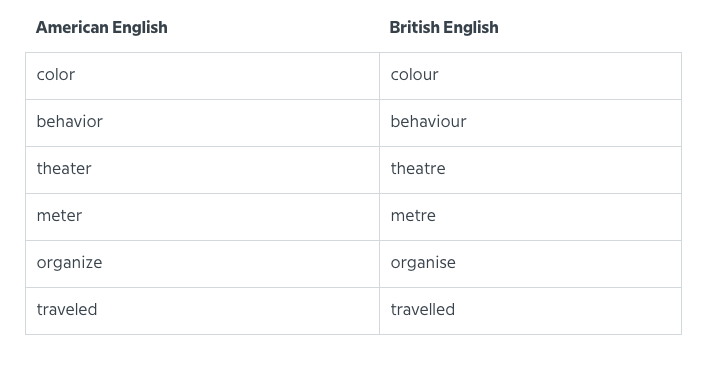 Grammar is another variable to take into account when talking about British and American English. In the former one, collective nouns can be both singular and plural, when in American English they are only in plural. Also, American English speakers tend to use past simple (“I ate”) when describing something that has recently happened, while people in the UK are more comfortable with present perfect version of  it (“I’ve eaten”).

The sound of royals

Accent is also an interesting characteristic of a language, and knowing even a few main rules will enable you to easily clarify if the person speaks American or British English. For instance, the standard American has a rhotic accent, which means “r” is enunciated, while the classic English non-rhotic accent drops the “r” pronunciation in words like “butter”, “car”, etc.

Picking up the 'right' English

Now, when the main points have been outlined the next question comes up: Which one to learn? The answer strongly depends on your goal. Let’s jot down a quick list:

Let’s say you are going to enter university abroad. Before kickoff make sure you’ve gone through the admission requirements. Applying to the universities in the USA, you must take a TOEFL or GRE or GMAT test which is, reasonably, based on American English. Universities in the UK and Canada accept IELTS as a proof of your English knowledge. In other universities worldwide you can hand all the standardised tests no matter which English they are constructed on.

The situation with a job onboarding is pretty the same as with universities. Depending on where your employer is situated you should improve the appropriate English.

For other purposes, it doesn’t really matter which English to learn. It’s just fun to learn a little bit of everything! 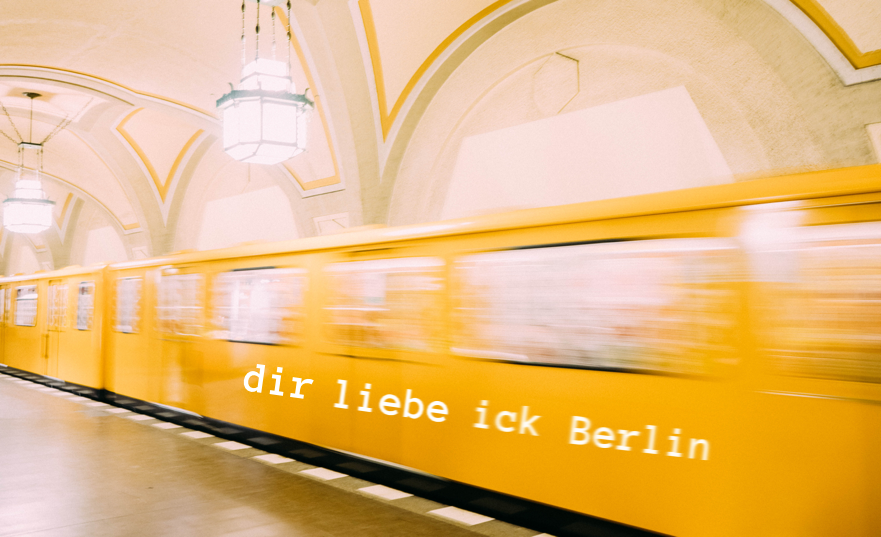 Berlin is indeed a language paradise for a huge amount of languages: English, Turkish, Arabic, Russian, Polish, Kurdish, Croatian, Greek, some Asian languages. English is the most widely-spoken foreign language here and is taught both at schools and universities. And by saying English, I mean British English.

But here is an interesting question: if British English is taught at schools, why do people end up with American English? It’s a bit weird, but the answer is quite simple. The American pop culture affects German enormously. Germans watch far more American movies and TV shows than British ones. For example, “Die Simpsons” is the most popular animated TV show in Germany for more than 20 years. And Donald Duck is as familiar to German children as he is to Americans.

And last, but not least. What comes to your mind when you say “Berlin”? Right! It’s the New York of the Old Continent. Berlin is the centre for arts, music, design, technology, business and a magnet for free and creative spirits. And all these beautiful people coming to Berlin bring their bit of English, sorry… American English. And as expected, American English becomes superior everywhere in Berlin.

So peeps, we’ll catch up next time. Text me what you fancy to read about and check out our English Club and German Club at Facebook. Here we’ve gathered bunch of useful and fun information on language learning.